The Danville Dans were in action on Sunday, June 20 - the same date that in 1947 the Brooklyn Dodgers came to Danville to place an exhibition game against their farm team playing in the 1-year-old Danville Stadium. The major league Dodgers came to Danville by train, enjoyed lunch at the Harrison Park Clubhouse, and defeated their minor league team 14-7 in a game witnessed by more than 6,000 fans.

Jackie Robinson had just been called up on April 15 of that year. Also playing in in Danville that day were Pee Wee Reese, Duke Snider, Gil Hodges and many other famous Dodgers.

On June 20, 2021, the Dans played the Cape Catfish for the first time since they joined the Prospect League in 2019. This time, the home team came out on top with the Dans winning 12-10.

A Little Stadium Can Affect a Community
by Katie Ehrnwald

Everybody in life has someone or something that makes a significant impact on their lives. For the city of Danville, many would consider Danville Stadium a significant source of memories in their lives. No one really knows if it is the stadium that makes the people who they are or if it is the people who make the stadium what it is. All that can be known with certainty is the history. To fully understand the ambiance of the stadium it is necessary to know how it was created, the people who have been involved, the service that has been provided, the stadium’s unique qualities, problems that have arose over the years, and the tradition of excellence. 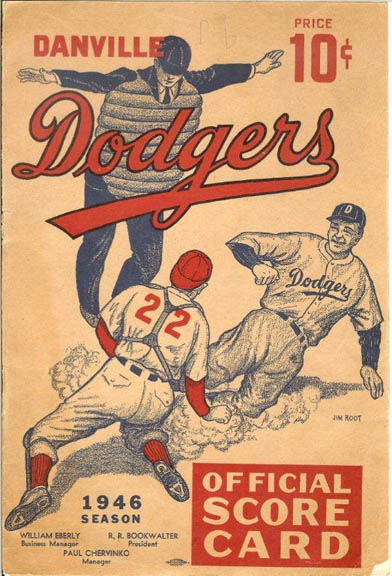 The first step in creating Danville Stadium began in the spring of 1945 when Robert Bookwalter convinced the Brooklyn Dodgers to bring a minor league team to Danville. A major step in bringing the dream of Danville Stadium to life occurred when the Three-I League accepted the Danville Dodgers into the league. Construction of the stadium began in 1945, and was completed in 1946. The funds for the building were provided by stockholders in Danville Sports, Inc. Opening Day for the stadium arrived on May 26, 1946, with the Danville Dodgers winning 2-1.

People are key for anything to work, but few realize that something as small as a baseball field could make such a difference in lives. The love of baseball brought together two hundred volunteers to help finish Danville Stadium in 1946. A young man from Danville High School suggested the name of Danville Stadium, “because it is a park for the people and by the people. . .”

The service of Danville Stadium runs beyond the players; it takes hold of the community. This park provides for the community “a serene place to watch baseball,” says Fred Kroner. The vision behind the stadium was, “just to provide for the citizens of Danville a real cheap evening of entertainment,” says Frank Roose. The park, under Roose, admitted little leaguers, church organizations, veterans, and senior citizens for free. In 1996, the stadium was host to many local teams including two high school teams, 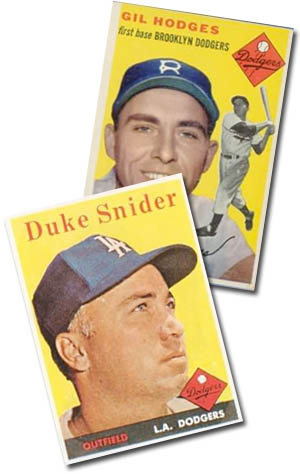 Danville Area Community College, two American Legion teams, and the Danville Dans. The service of the field can best be stated by Tony Bleill, “From minor league teams to big league dreams, the stadium is home. A historic, nostalgic home.”

For a baseball stadium to be remembered it has to have a few unusual or unique events. The first rare occurrence happened on June 20, 1947, when Gil Hodges, Duke Snider, Jackie Robinson, and Pee Wee Reese came to Danville Stadium to play their minor league affiliate. Another unusual event occurred on October 30, 1948, when Maynard Dewitt, a record holder for stolen bases, raced a quarter mare. He ended up losing by one-tenth of a second to the horse. A rare quality anywhere is having people come together to make a nonprofit organization, but that is exactly what Murry and Kurth did in 1989, when they formed Danville Stadium, Inc. Danville Stadium, Inc. allows all teams they approve to play at Danville Stadium free.

The most interesting thing occurred when two movies, “A League of Their Own” and “The Babe,” both considered Danville Stadium as a place to film their movies. Movie filming began for “The Babe” on July 1 and continued through the twelfth in 1991. The final unique event occurred in January 1996 when two national magazines ran articles about Danville Stadium, celebrating its rich history. Danville Stadium is far different than other ballparks in the country. It is one of few with such a rich heritage and loving community. 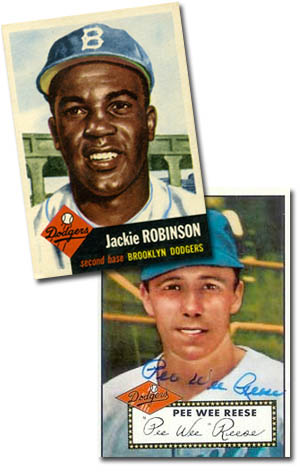 Like all things in life there have been problems that the stadium had to endure. By 1970, troubles with the park brewed due to decades of financial problems and lack of maintenance; the stadium began to deteriorate. With time, many minor league organizations left Danville in search of higher revenue areas.

A tradition of excellent is what keeps the people coming to Danville Stadium. The first instance was displayed in 1951, when the Danville Dodgers set the one game run record with a 40-5 victory. The News-Gazette composed a list of all stars for the stadium which included: Devon White (a seven time gold glove winner), Dick Schoefield, Pedro Guerrero (Co-MVPs of 1981 World Series), Carl Erskine (won 122 games and appeared in eleven World Series games), Cecil Cooper, Darrin Fletcher (1994 all-star), and Darrell Porter (MVP of 1982 World Series). One of the nicest comments came from Sporting News when it referred to Danville Stadium and its players by saying, “this will be a celebration of baseball inasmuch as it is a celebration of celebrity.”

From Danville Stadium’s history it is hard to determine if the stadium has made a larger impact on the people or if the people have made more of an impact on the well being of the stadium. All that is known is that without the creation of the stadium, the loving people involved with the park, the services it provides, its unique history, the troubles the stadium endured, and the tradition of excellence; the whole community would not be the same.

Bat Boy Memories
from the 1950s